In Loving Memory of Nancy Cantwell 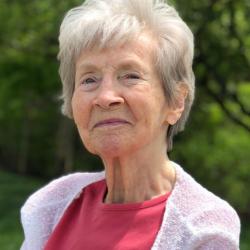 [Please Note: The following obituary was copied from the Northfield News, Nov. 29, 2018].

Long-time Northfielder Nancy Cantwell died on the morning of Nov. 16 in Timonium, Maryland, where she had been in an assisted living community for the past two years. Her son Jim, who lives nearby, had been with her for much of the previous evening.

Born on March 23, 1930 to Howard and Lucille Wells Schutt in Harrisburg, Pennsylvania, she grew up in Coudersport, Pennsylvania, attended Westtown Friends School and Vassar College, from which she graduated in 1952 with a BA in English Literature. After teaching for two years at the Wheeler School in Providence, Rhode Island, Nancy joined her fiancé, William Richard Cantwell, in England. While he completed two years as a Rhodes Scholar at Oxford, Nancy took graduate courses in English Literature at University College London.

Returning to the United States, Nancy and Dick, who met when the joined choirs of Vassar and Princeton sang Bach's St. John Passion, were married at her childhood home on Dec. 29, 1955. After four years living in Germany, where Dick was in the Army's Military Intelligence Corps and where their first son William Richard, Jr. was born, they moved to Madison, Wisconsin as he completed his Ph.D. in German Language and Literature at the University of Wisconsin. A second son, John Peter, was born there.

In 1965 they moved to Northfield, with Dick teaching German in the Modern Languages Department at Carleton College, and Nancy, over the years, working at the Carleton Library and the Northfield Arts Guild. In addition to the Arts Guild, Nancy was a mainstay at the Cannon Valley Friends Meeting, HATPIN, the League of Women Voters, various DFL campaigns and the Margaret Evans Book Group. She was also one of a committed group who saved the Sibley Marsh and Prairie, each fall acting as a guide for elementary school children and providing photographs, artwork and field notes to the Preserve.

Nancy was a gifted artist, taking many classes in printmaking and painting at the Arts Guild, and a serious reader of poetry, fiction and nonfiction. One of her poems appears as part of Northfield's Sidewalk Poetry Project. She often—gently—pressed books on relatives and friends, saying "Have you read?" Or "Do try" this writer. She was modest to a fault, loving, high-spirited and energetic. She biked all over town, and once in her late seventies, when a granddaughter cried out "Let's run," she ran.

All her life she traveled widely—in the 1950s with friends or her parents, and later with her husband—first in Europe and then more exotically in Peru, Thailand, Costa Rica (for butterflies), the Orkneys (for birdwatching), China and Turkey. Nancy is survived by her sons Dick, Peter and Jim; her sister Margot Backas; and five grandchildren: Lucy, Cole, Sadie, Henry and Stella. Another grandson, Nap, died in 2012.

A memorial was held at the Meeting House on June 8th, 2019. Her friends in Northfield, sister, three sons and their families shared stories, poetry and songs. Many spoke of her intelligence, tenacity, resourcefulness and kindness.  She applied these qualities to so many things that continue to enrich life in Northfield; among them Sibley Marsh and The Northfield Arts Guild.