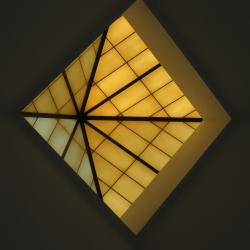 The Committee has a Clerk (and sometimes a Co-Clerk) who are nominated and approved by the Meeting. Anyone who wishes to be on the committee may join. Our priorities shift over time as our membership changes or as issues and opportunities arise. The Committee meets once each month. The current Co-Clerks are: Helene Hilger and Deborah Warot.

Our Current projects include:

We have been supporting this residential unit for women prisoners for over a decade. Our efforts have ranged from organizing parties and a series of experiential lessons for the residents to tutoring and taking the residents on outings (shopping, concerts, church). As issues around mass incarceration and reduced prison sentences have been raised, this work has become particularly salient. In Fall 2018 the Committee offered a Meeting-wide program called Rethinking Incarceration.

This work has grown into an Environmental Friendly 8’s group that meets separately but is under the care of P&SC. Many of our committee members also belong to this Friendly 8’s group, where they focus largely on climate change topics. More information about some Meeting initiatives on environmental concerns can be found here.

The Meeting's participation in our local Room in the Inn (RITI) program is under the case of Peace and Social Concerns. From December through March the meeting hosts guests from Urban Ministry's Men's Shelter once each month. Several Meeting members have been led to learn more about resources for homeless residents of Charlotte and share what they've learned with the Meeting. Details about this program are here.

The Meeting’s liaison to AFSC is a member of the P&SC Committee, and so one or more AFSC projects become part of our work. We are currently interested in participating their A tu Lado (At Your Side) program that supports Latinx immigrants, but we do not have all the pieces in place yet. We need a fluent Spanish speaker who might be available during daytime hours.

The Meeting’s liaison to FCNL is a member of the P&SC Committee, and so we stay abreast of their calls for action. We recently joined with Quakers nationwide to recommend priorities for FCNL for the next two years. We are also teaming with the Environmental Friendly 8’s group and FCNL’s climate change group to look into persuading a local Democratic congressional representative to team with a Republican representative to join the Congressional Climate Caucus.

Each year the Meeting allots some funds beyond their annual designated giving so that special timely needs can be met. P&SC does the work of discerning how these funds should be disbursed. In 2019, the funds were apportioned among the following recipients: (i) The Equal Justice Initiative; (ii) Gideon's Promise; (iii) Sierra Club; (iv) The Giffords Law Center to Prevent Gun Violence; and (v) the African Diaspora Earthcare Coalition.