The Center for Development in Central America 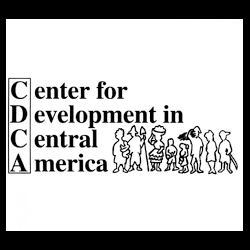 The Center for Development in Central America is a clinic, Fair trade agricultural and lending cooperative, and cultural exchange program in Managua , Nicaragua. Ken Bordwell was the "sponsor" of this organization with Community Friends, but since his death a year ago I have not been diligent enough in communicating why Community Friends supports it.

In 2017, $719,371 of organic sesame, 420.657 and 23,250 lb of organic were fairly processed and exported.  $556,485 in loans were granted and education and support groups have been ongoing.
11,111 patients were treated, including free consistent birth control (very important with Zika),  ultra sounds, Pap smears, clinic care, dentistry, reparative plastic surgery, and 1,438 house calls.  The work last year involved 14 delegations from the United States.

In 2018, the poor of Nicaragua are again devastated by sudden political chaos and destruction.  Daniel Ortega and the Sandinistas have made moves to alter the democratic process to stay in power.  The poor, however, are giving him a great deal of support because of the many obvious public improvements which have affected their lives since 2006.  Until recently Nicaragua had been listed as the 43 happiest country in the world according to the U.N.  But now the cities are burning.  Looting, murder (mostly involving poor young men), and a travel advisory are in place.  Other forces:  drug cartels, gangs, and shadowy third parties, also seem to be involved.  Almost all delegations to the Center for Development in Nicaragua have been cancelled.

I spoke to them on telephone this morning and this is the current situation:  The Center for Development in Central America has vowed to keep their services going, which is proving very difficult.  They are now losing at least $150,000 a year in delegations and pharmaceutical supplies.  They are grateful for the many generous responses so far, but are asking supporters to continue their support , and give monthly as well.

Many churches and Meetings support CDCA, including Community Friends.  It is time to make our next year's budget.  We have been paying them $25 per year, as much to keep them in our consciousness as to actually help.

What do you think?  How much should Community Friends give in 2019?  Should your household also give, and even give monthly, which is especially effective during chaotic times?

Anyone who wishes to donate to CDCA can send checks to JHC-CDCA, c/o Donita Miller, 420 Longhorn Dr. , Rock Hill, S.C 29732, or give online via https://donatenow.networkforgood.org/jhc-cdca.