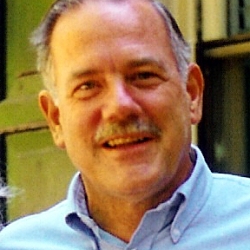 Of what significance is Elbert Russell to Durham Meeting? One obvious answer is that he was the key organizer and the focal point for the establishment of the Durham Meeting starting in 1937. Another factor of local significance is that he was the Dean of the Duke Divinity School for 13 years starting from two years of its inception until 1941. (Yes, a Quaker was head of a decidedly Methodist divinity school –an interesting story in itself!) Elbert Russell's public persona was that of a dynamic preacher, a dedicated promoter of Biblical literacy, and a kind and religious man with deep Quaker Christian roots.

Elbert Russell played an important role in Quaker history in the first half of the 20th century. He was in some ways perhaps even better suited than Rufus Jones to be an active bridge between the divided factions of Quakerism. Elbert Russell was a product of midwestern Orthodox (even evangelical) Quakerism who grew into a modernist and a scholar. Whereas Rufus Jones was the internationally known organizer, mystic, academic, and gifted writer, Elbert Russell had the Bible-based rural Quaker roots and scholarly standing to reach out to Quakers (or for that matter, Christians) of most persuasions. He was able to interact with most Bible-oriented Orthodox Friends while at the same time he was a welcome and active speaker in Hicksite meetings for worship.

Elbert Russell was born into the orthodox Friendsville, Tennessee community in 1871. His father's family like so many American Quakers had migrated frequently. In this case his ancestors followed a traditional pattern moving over an 80-year period from Nantucket, to New Garden (present day Greensboro), and then to Indiana. Elbert Russell's parents had moved to Tennessee for health reasons, but died when Elbert was 8 and Elbert and his sisters went to live with their grandfather in West Newton, Indiana (near Indianapolis.) Like his father, Elbert attended Earlham College where he came to the conclusion that the Bible was not necessarily literally true and that science and evolution may not be incompatible with religion. After graduating with high honors he married high school sweetheart Liuetta Cox and, after only a minimum of advanced study, he was asked to head up the Bible department at Earlham. (His PhD at the University of Chicago came years later.) It was at Earlham that he found himself in the middle of the bitter struggle among Quakers –not only between Orthodox and Hicksites– but more fiercely among the the cleavage surrounding the Holiness movement among Orthodox Friends as it was played out at the College. In fact, Elbert Russell only later realized that his appointment as Bible teacher at Earlham was a calculated move to assuage the conservative holiness wing of the college's constituency by the appointment of someone who was “safe” from the taint of modern scholarship. His response was more study and preparation. He came to see himself as not only an educator of students, but also as an emissary to the uneducated ministers who predominated in the yearly meetings that controlled the college, gently introducing them to biblical interpretations based on modern scholarship. He then went on to finish a 20-year career at Earlham as both a beloved professor and pastor, but also as a lightning rod for attacks from both the left and right wings of Orthodox Quakerism. Those swept up in the Holiness movement were horrified at his modernist bible teachings and his ease with science and Darwinism, but liked his traditional Christocentric preaching in yearly meeting gatherings and at the college. Those at the college who were trying to keep step with national secular norms in academia were not happy with his emphasis on trying to keep Earlham a more narrow sectarian college. He resigned in 1915 amid controversy over having tried to force the resignation of the current college president surrounding issues of Quaker religious life on campus for students.

Elbert Russell landed in Baltimore where he divided his time between Johns Hopkins University and preaching, principally at the Eutaw Street Meeting. He had been invited to Baltimore by a group of Friends who appreciated his preaching and arranged to underwrite his salary at Johns Hopkins. During these years he took special interest in furthering efforts at bridge-building among Friends by attending and speaking at both Hicksite and Orthodox meetings in the area. With the war heating up in Europe, Elbert also became more interested in peace work and spoke at meetings and peace rallies. After two years in Baltimore, he accepted a position of leadership at the Woolman School in Swathmore, near Philadelphia. He was attracted because, this formerly Hicksite institution now had a board composed of both Orthodox and Hicksite Friends and posed the real possibility of increased reconciliation. A trip (with his family) to England in 1920 to participate in the All Friends Conference was the beginning of a period of travel both in Europe and all over the United States. Frequently under the auspices of peace work for the AFSC, but also motivated to keep visiting meetings for the sake of Quaker reconciliation, Elbert spoke and preached to numerous groups, churches, and Friends meetings. This period culminated with a 15-month sojourn in Europe and the Holy Land. He spoke and studied in England and Germany, and toured in Austria, Italy, Macedonia, Greece, Turkey, Egypt, and Palestine. He finished up by serving as a delegate to the first World Council of Churches in Stockholm.

Returning to America in 1925, Elbert traveled frequently for the Service Committee speaking up and down the eastern seaboard. Included were a series of lectures in North Carolina which among others included talks at Guilford College, UNC, and at the newly formed Duke University. This contact led to his tenure starting the next fall (1926) as a professor at Duke. The Divinity School was established in temporary quarters at Trinity College (soon to be the Women's College and now East Campus) while forest was being cleared and the construction of West (men's) Campus was begun. At that time all undergraduate students were obliged to take a course on the Bible, so part of Elbert Russell's duties were very familiar from his Earlham days. The Fellowship of Reconciliation and the AFSC sent him on a tour of Central America in the fall of 1927, followed by many speaking engagements. The original Dean of the Divinity School moved on to the Presidency of Ohio Wesleyan University in 1928 and Elbert was asked to step into the role of dean – a position he held until 1941. A sabbatical year in 1933-1934 was filled with a round-the-world tour with Lieutta including lengthy visits in the far east and India, then Egypt, Palestine, Turkey and Greece. Stays in China and Japan included much association with Christian missionaries of both various denominations and various YMCA outposts.

Elbert Russell retired as Dean in 1941, but continued to teach classes at Duke until 1945. He spent a year teaching at Guilford, and then moved to St. Petersburg in 1946. He remained active, teaching two semesters in Mobile Alabama. Even in 1948 he was still preaching or lecturing –more than 100 times in that year alone. The (Orthodox) Five years Meeting in Richmond, Indiana remained a keen interest, and Elbert attended sessions as late as 1950, leading devotionals and lecturing. He died in Florida in 1951 at age 80.

And how was Elbert Russell involved in starting Durham Meeting? In November of 1937 Elbert Russell was asked by Duke President Few to look after what Quakers there may be on campus. The initial group first met monthly in the Russell home (and then in others homes) graduating to the Social Room in the Divinity School the next year. This group swelled with the addition of conscientious objectors working at the Duke Hospital during World War II and became the Durham Friends Meeting in 1943 organized as an independent monthly meeting under the sponsorship of the Friends Fellowship Council. A supportive relationship with the North Carolina Yearly Meeting (Conservative) began in the early 1950s concurrent with the construction of a meetinghouse on Alexander Avenue. A gift of lumber for construction was accepted from the Rich Square Meeting (NCYM-C) in Woodland, NC and formal affiliation with the Conservative yearly meeting occurred in 1954. Concurrently, a loan was taken in 1956 from the Friends General Conference (Hicksite) Meetinghouse Fund In 1975 the Durham Meeting took on formal “dual affiliation”, now twenty years later reinforcing its connection with FGC through membership in the Piedmont Friends Fellowship. Elbert Russell would have approved!

John Hunter has been a member of Durham Friends Meeting since the 1960's.  He has a continuing interest in Quaker History including the story of this monthly meeting.  This essay was presented at a forum after meeting, 30 May 2005.