Spreading the fire of fearlessly faithful Friends through modern media with Jon Watts on October 23, 2022 for Philadelphia Quarterly Meeting 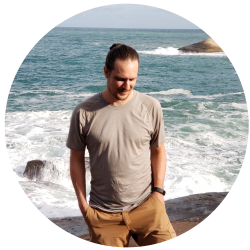 Join us as we consider with Jon Watts:

How do we use modern communication technology to publish the Quaker message today - in a relevant way?

For 15 years, Jon Watts has been carrying a concern for the role of Friends in the 21st century, specifically with regard to the internet. This concern has taken the form of several leadings, including six years spent founding and directing QuakerSpeak youtube channel.

Now Jon is following a new leading. Together with a group of nine Friends from all over North America, he is helping to found a 21st century Quaker media organization. His leading is to create a container to support the next generation of Quaker creators and storytellers—to be a corner of the internet where people go for hope, refreshment, enlightenment, joy, authenticity, and spiritual grounding. Join us as Jon shares his vision and challenges us to ask: what does the future hold for Friends?
Read about Jon's new project, currently in the fundraising stage: Thee Quaker Project.

Register here to join us