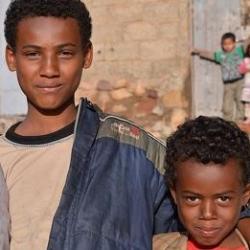 Nashville’s FCNL Advocacy Team is sponsoring a post recess call-in campaign across the state of Tennessee:

Would you please take 5-10 minutes during the week of September 6-9, 2022, to contact your U.S. House Representative and your two U.S. Senators to help save the lives of 20 million Yemenis, 2.5 million who are children at imminent risk of starvation?

There are currently 114 bipartisan U.S. Representatives who are cosponsoring the Yemen War Powers Resolution H.J. Res. 87. (If your Rep is Congressman Cohen, please thank him for his co-sponsorship.) The Senate resolution is S.J. Res. 56. (TN Senator Hagerty is on the Senate Foreign Relations Committee where the bill is now.) Since 2015, this war has been unauthorized by Congress. President Biden’s recent trip to Saudi Arabia increased concerns about a resumption of hostilities between the warring parties.

The Saudi-coalition-led war on Yemen cannot operate without U.S. logistical support, so passing this resolution is a crucial step toward ending this brutal war and blockade which keep fuel, food and medicine at crisis level. For the first time in over 7 years, a temporary truce agreement was signed in the spring that stopped the daily bombings, but its most recent extension expires on Oct. 2. As a result of the truce, civilian casualties have declined but child casualties have surged. Yemen’s children can’t wait.

For those Friends with environmental concerns, 3 World Heritage Sights have been vulnerable to air strikes. There is a full, unmaintained oil tanker that has been sitting in waters off shore from Yemen that could set off a disaster four times that of the Exxon Valdez spill because it is also the object of the regional power struggle.

Please visit this website for easy instructions to automatically connect to your Representative’s and Senators’ offices. The website provides a pre-written script with phone numbers to call and read the script, or boxes to click and email the script to all 3 members of Congress: