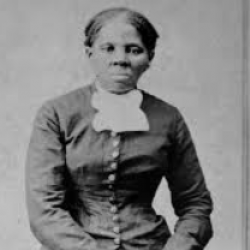 Quaker views on the equality of all men and women before God led to activism in social justice from an early stage. Treatises published in 1688 marked the beginning of the anti-slavery movement with the first records of calls to disavow slavery. The first school to educate freed blacks was founded in 1770. T

he Philadelphia Yearly Meeting prohibited members from owning slaves in 1775, and in 1780 Pennsylvania passed the Gradual Emancipation Act. From the efforts of the Quakers, Ben Franklin petitioned the U.S. Congress to abolish slavery in 1790. The Free Produce Movement was one of the first consumer boycotts, formed to avoid products associated with slavery, substituting maple syrup for sugar and hemp for cotton.

Abolitionist societies were established in the early 1800s, and Quakers traveled tirelessly to lecture on the evils of slavery. Anti-slavery societies expanded efforts in the 1830s onward, and worked to persuade the general public of the evils of slavery and to protect freed blacks from kidnapping.

The meetinghouse members grappled with the contradiction of a creed of tolerance, respect for laws, and quiet contemplation vs. the revulsion at the cruelty and dehumanization that slavery engendered. Ultimately, these contradictions grew into schisms that were not resolved until after emancipation and the end of the Civil War. During this period of social foment, Old Kennett hosted Lucretia Mott, William Lloyd Garrison, Sojourner Truth, and Harriet Tubman, among others, for speeches, ministries, and testimony to the anti-slavery movement.

Meanwhile, numerous members were quietly active in the Underground Railroad that helped escaped slaves secretly flee to Canada or Northern free states. Notable “stations” along the Underground Railroad included Thomas Garrett in Wilmington, and the Mendenhalls and Coxes in Kennett Square, who cooperated to ferry runaways across the Mason-Dixon Line. After the Civil War, Kennett Quakers shifted their focus to other areas of social injustice; they founded schools for the newly-liberated slaves and worked to ease their adjustment to a new social and economic order. Four of the five founding members of the Women’s Rights Convention in Seneca Falls in 1848 were Quakers.

The first medical school for women was founded by Quakers in Philadelphia. Old Kennett hosted suffragette events for Lucretia Mott and Susan B. Anthony.

In prison reform, Quakers believed that prisons should become institutions of social reform where inmates would meditate, hear moral instruction, learn new work skills to reduce recidivism, and ultimately repent. Mental health and indigence were also addressed; the first modern mental hospital, the Retreat at York, was founded in 1796. It was a place where the mentally ill were treated with the dignity that Friends believe is inherent in all human beings. Most asylums at that time forced patients into deplorable conditions and did nothing to help them. Quakers also sought to diminish the social stigmatism associated with prostitution, and established safe homes where new skills and work records could be established, with on-site day care.

While tolerance for others was espoused, intolerance within the Quaker community caused many to move West, hive off into separate communities, or leave the Friends entirely. In 1910, only a few sat in silent worship. That year, a tornado ripped through, tearing off the roof, and uprooting many of the majestic trees. A Bicentennial campaign to reroof and restore the building succeeded in stabilizing its structure. It closed in 1949 and was absorbed by Kennett Friends, and is now used for meeting in summer.