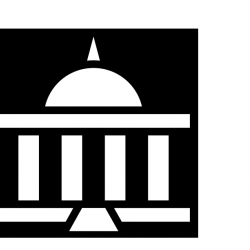 The Moral Imperative for the United States to Welcome Refugees

"We support openness to refugees, victims of violence and human trafficking and those seeking asylum."  FCNL policy statement, November 2013.

Today the global community faces the worst refugee crisis since World War II, with upwards of 60 million people displaced worldwide.  Syrian refugees alone, either internally displaced or seeking resettlement, total approximately 12 million.  Across the world, people are seeking refuge from war-torn countries, natural disasters, or persecution in their home countries due to their race, nationality, religious, political beliefs, or membership in a particular social group.

FCNL calls on the United States to welcome refugees with compassion.  Quakers are challenged to answer that of God in all people and therefore called to act with openness to refugees.  We have seen the power of the United States leading global efforts for resettlement to help refugees begin new lives.  After the fall of Saigon, the United States led the world in welcoming 200,000 refugrees from Indochina in 1980, and upwards of 750,000 in succeeding years.  The number of Syrian refugees admitted since the beginning of the conflict five years ago is just over 1,500.

We have also seen the consequences of when the United States does not live up to its legal and moral responsibilty to protect refugees.  The United States' effort to resettle refugees during and after World War II and the Rwandan genocide fell woefully short.  Many families and individuals fleeing violence and seeking asylum last summer in the United States from escalated violence, rape, assault, exploitation, and gang activity in El Salvador, Guatemala, and Honduras were not welcomed.  They continue to be held captive in dire circumstances by the federal government in private for-profit facilities.  Meanwhile the court backlog for processing cases is fast approaching 500,000 with no allocated funds towards addressing lawyers, judges, and legal support.  The United States can be better.

This nation of immigrants must open its doors to far greater numbers of refugees and Syrians in particular as this crisis continues to unfold.  Just as the United States had and continues to have a particular responsibility to aid refugees displaced by the Vietnam War and its aftermath, Washington also has a unique responsibility to aid refugees, displaced persons, and other victims of the U.S. invasion and occupation of Iraq.  The generation of U.S. economic and military warfare in Iraq has led to the destabilization of not only that country but of the region as a whole, and it has been a major contributing factor to the violence in Syria today.

We call on Congress to enact meaningful refugee resettlement reform.  People around the United States are ready and willing to welcome refugees into their homes, communities, and hearts.  Congress can help by providing needed funding and reform to our resettlement program by prioritizing refugees' well-being and swift integration into host communities.

H.R. 2798, "The Strengthening Refugee Resettlement Act of 2015" streamlines the refugee application process and facilitates speedy integration of refugees by offering direct services such as work training and English language classes abroad while applications are processed.  It allows refugees' admission to the United States with a permanent legal resident status, saving resources and allowing refugees an immediate opportunity to contribute to communities and support their families.  FCNL supports this proposal.

We call on the United States to work with the international community toward political solutions to end violent conflict.  The Syrian civil war will rage on so long as certain international actors continue to fuel the violence.  Until the international community unites for a political solution, the Syrian refugee crisis will continue to inflame the region and the world.  The United States can help save lives and deescalate the bloodshed by participating in high-level, sustained negotiations coordinated with the United Nations that include internal and external parties to the conflict, including Syrian political factions, Russia, Iran, and the Gulf countries.

From Syria to Afghanistan to Somalia, global refugee crises stem from deadly conflicts which will continue absent inclusive, political solutions.  It is our responsibility to welcome those most in need, offer refuge and lift up our shared humanity.  We call on the United States to welcome refugees at home and reinvigorate diplomatic efforts abroad to prevent ever-worsening refugee crises in these war-torn regions.

Since 1943, the Friends Committee on National Legislation (FCNL) has lobbied Congress to prevent war, protect vulnerable populations, and support effective, principled policies to help build a more peaceful world.  From its very founding, FCNL's early endeavors included advocating for refugees seeking safe haven from war-torn countries, including those left most vulnerable by World War II.  As the oldest registered ecumenical lobby in Washington, D.C., we are led by our faith to advocate for systemic changes that address the root causes of deadly conflict.