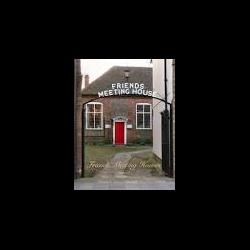 The following is adapted from writings of Ted Hoare, member of Australia Yearly Meeting:

The origins of the Religious Society of Friends (Quakers) are found in the seventeenth century in England, a time when many were questioning the established beliefs of the age.

George Fox (1625-1691) did not find answers to his questions in any of the churches of his day. Out of his searching came the spiritual message which swept a large part of the country and which resulted in the formation of the Religious Society of Friends.

Friends witnessed to an Alternative Christianity quite distinct from the churches of the time. As a result they were persecuted both by Cromwell’s Puritan government and by the restored government of Charles II. Fox did not intend to start a new sect. He wanted to persuade the church to return to what it had been in the days of the Apostles. He proclaimed the early preaching of Peter (Acts, chapter 2 and 3) that Jesus, who had been present in the flesh, had risen from the dead and was now come in the Spirit. That Jesus acted in the hearts of his followers purifying and empowering them.

Pursuing Peter’s teaching, Fox called for a radical, egalitarian, spirit-filled Christianity that would not be oppressive of people on account of race, sex, or class. He maintained that the message of the early church had been lost when the church became institutionalized and believed that he, and others with him, could stand in exactly the same state as Apostles, with the same power to teach, to heal, and to prophesy that the Apostles had.

THE MINISTRY OF ALL BELIEVERS

George Fox challenged the belief of the Roman Catholic and Episcopal churches in the necessity for, and the authority of, a hierarchical structure of Priests and Bishops. He claimed that everyone was able to have a personal relationship with the living Jesus without having to depend on the intercessions of a Priest or Minister. He taught that there is one, Jesus Christ, who can speak to each person’s condition and the responsibility for ministry therefore rested upon all.

George Fox preached the Good News that we were all children of God and that, as children of God, we had inherited powers from God. Each of us was given a measure of this power or light and in accordance with how we used it, so more would be given to us. Jesus had possessed this power or light, without measure so that he became the Light and the Light within is Jesus Christ.

Friends believe that if they wait silently upon God there will be times when God will speak to them in the heart. The silent Meeting of Friends is therefore the sacrament of communion with God during which Friends lay themselves open to the leading of the Spirit. George Fox often wrote about his “openings”, meaning revelations and it has been the experience of Quakers over the centuries that “openings” will occur in the mind of that “a way will open”.

Openings can come to individuals when they are alone or may come out of the silence of a gathered Meeting for Worship. It is a perennial question as to whether a leading comes from God, from one’s own ego, or from another power and it is the practice in the Society of Friends to test a leading or a concern in a meeting with others.

When they meet for business Friends strive to obtain the “sense of the meeting” from those present before taking action for they recognize the light as a force which creates unity among all who respond to it or who “answer it in one another”. It does not follow that a majority is always right; a prophetic role is a lonely one and, if a concern is deeply felt and continues to be raised, the Meeting will continue to hear it and may later come to recognize its validity.

From the beginning, Friends gave women and men equal status, for the fact that we are all children of God who bestowed equality upon all. This concept led to the testimony that one person should not set himself above others through human honors and distinctions which were meaningless in the sight of God. From this came the Quaker practices of simple living, plain dress, and plain speech.