What Do Quakers Value? 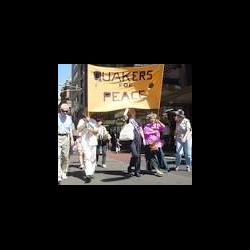 One thing that most Quakers have in common is a set of testimonies, or values, by which Quakers try to live their lives.

Quakers’ understanding of faith is that true human fulfillment comes from an attempt to live life in the spirit of love, truth and peace, acknowledging that there exists something of God in every person.  These beliefs spring from a sense of equality, compassion and seeing and the sacred in all life.  The testimonies are about Quakers’ commitment to those beliefs.

The testimonies arise out of a deep, inner conviction and challenge our normal ways of living. They do not exist in any rigid, written form; nor are they imposed in any way.  All Quakers are free to search for the ways in which the testimonies can become true for themselves.

As the testimonies come from “leadings of the Spirit," this may mean taking a stand against common social practices. The interaction between faith and action, as expressed in the testimonies, is at the heart of Quaker spiritual experience and living.***

Quaker simplicity is not asceticism or forbidding earthly pleasures, though it does mean rejecting indulgence.  Quakers constantly challenge the way they live and what their true needs are.  They try to avoid a standard of living achieved at the expense of others or by defining their place in society by material possessions.  In other words, Quakers strive to let that which is unnecessary fall away, so that that which is necessary in life can shine through.

Among the best known Quaker testimonies, this stems from the idea of moving beyond the need for violence.  Quakers have traditionally been conscientious objectors to war, finding alternatives such as the Friends Ambulance Service in both World Wars.  In 1947, Quaker service organizations in America and Britain were awarded the Nobel Peace Prize.

Since the time of the early Quakers, we expect that one’s actions and speech be consistent with their beliefs. If we do not practice what we believe, we deny ourselves and our faith.  Truth and integrity are something that Quakers regard as fundamental guiding principles--not just in our own lives but also in public affairs.  This testimony is involved in Quaker reluctance to take oaths, which would imply that only with the oath can truth be assured.  The courts have recognized this distinction by allowing people to “affirm” rather than “swear” in testimony.

Related to that of Equality, this testimony focuses on our mutual obligations and relationships.  It is a testimony emphasizing sharing. Friends have historically exhibited this testimony in mental health and prison reform, social inclusion, fair trade, ethical investment, environmental health, and other concerns.

That of God within everyone is an equalizing factor. This testimony can be seen in Friends having protested slavery as early as 1688.  Many early women suffragists were Quaker, including Susan B. Anthony.  Also, many Friends meetings, including Cannon Valley Friends Meeting, are active in the movement to attain marriage equality for same sex couples.

STEWARDSHIP OF THE ENVIRONMENT

Quakers believe in creative responsibility towards the Earth we have inherited.  This testimony means seeing “that of God” in the natural world around us, and being moved by considerations other than commercial gain.  To live with simplicity and integrity, we need to do a good job taking care of the things we own and use.  This includes taking good care of the Earth.  Quakers believe in trying to leave the world a better place after we have been here.

***This introduction to Quaker Testimonies was adapted from the website of the Quaker United Nations Office (www.quno.org).

What Do Quakers Believe?